SIX REASONS WHY YOU SHOULD CHOOSE REACT JS FOR WEB DEVELOPMENT 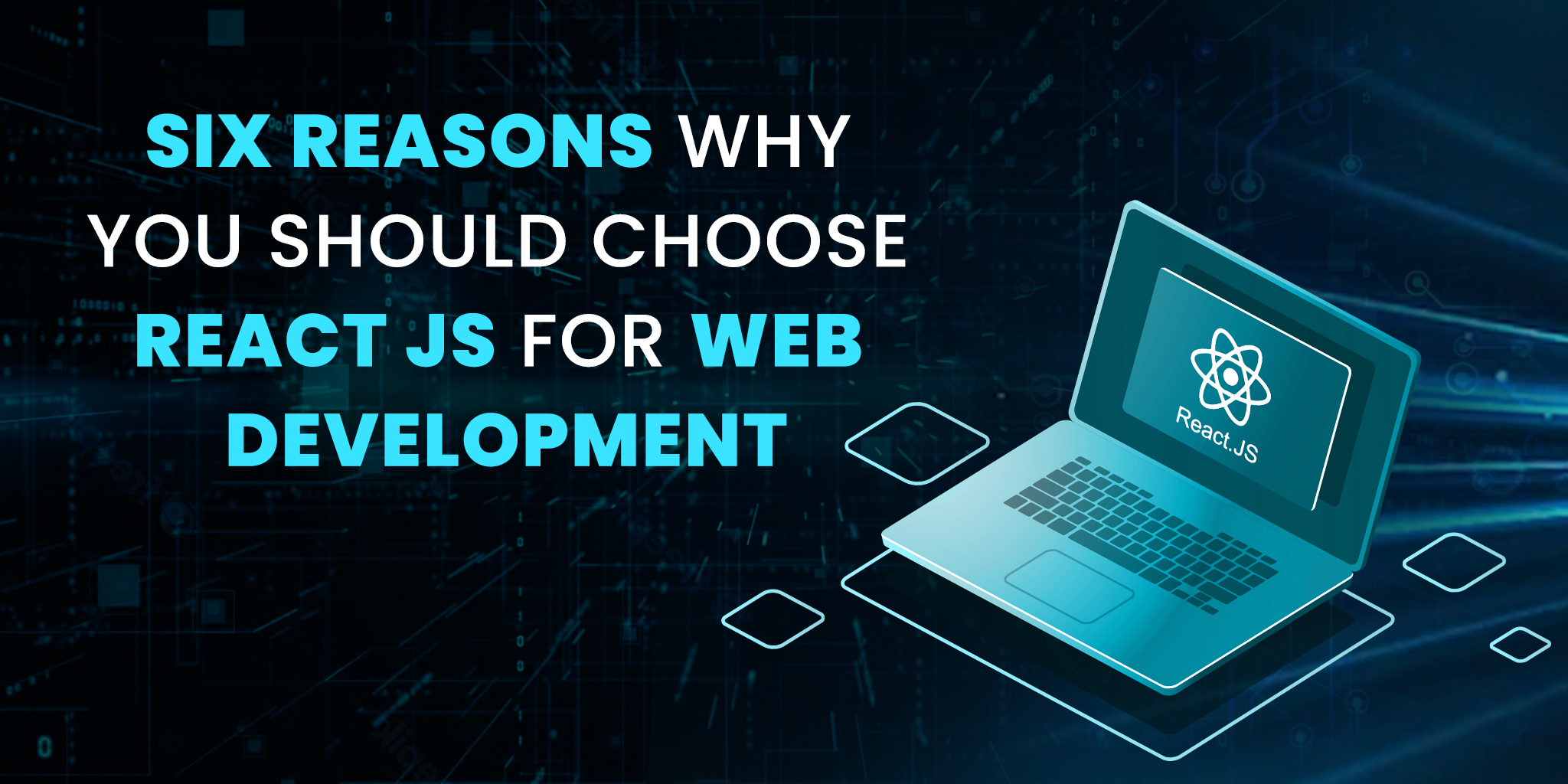 If you are a web developer, you must be compelled to use React JS in your applications. Rightly so, because React JS is a JavaScript library that allows developers to quickly create simple, fast, and scalable front ends for online applications. After Facebook made it available as an open-source library in 2013, many large companies started using it in their production environments. Today, many Fortune 500 companies use React JS because it gives the developers, the power to create dynamic user interfaces that are interactive, responsive, and compatible with all devices. Following are the top six advantages of using React JS:

React is a remarkably easy-to-learn tool that can be used on a variety of platforms. Its library approach helps developers to build quality user interfaces. The main advantage of using a Library over a Framework is that Libraries are lightweight and there is the freedom to use different tools. A Framework consists of an entire ecosystem to build an application and allows lesser ways to use tools outside the Framework. React JS was created with a single purpose, to create components for web applications. A react component can be anything in your web application, such as a button, a grid, a label, or text. Not just building new ones, but React.js also helps in updating old applications efficiently. Facebook started by changing a small part of its user interface using React, and gradually converted the whole application into React.js.

React’s API is remarkably simple to learn. It only requires a basic understanding of JavaScript for web developers to start developing amazing UIs using React.js. The library offers several tools that just need to be imported from the library and the job is done. You can build a static site with React, using tools like Gatsby. Developers use React Native to build mobile apps. Tools like Electron help in creating desktop applications that can run on Windows and Mac using React.js technology. React VR helps in creating virtual reality websites and animations that offer 360-degree experiences to the user. Many such tools make the job of developers easy, and it is rightly said that React.js is a boon to developers.

3) REACT IS SUPPORTED BY FACEBOOK’S RESOURCES

Facebook and Instagram are React apps, so Facebook’s commitment to React is deep. They use over 50k React components in their production environment, and so, when a breaking chain occurs in React, Facebook consistently provides Codemod that automates the changes in the codebase. When a new specification is introduced into React, Codemod automatically replaces older components with newer specifications.

React is extremely popular among developers across the world. In 2020, it was the second most popular framework amongst web developers, leading to a massive active community, and is one of the top five repositories on GitHub. Reactiflux is a special community made for React developers, where around 110k community members participate in helping solve React-related problems. StackOverflow, one of the most popular websites amongst web developers has more than 250K questions asked about React and related libraries.

To make it more robust, React allows developers to use millions of third-party JavaScript libraries already available online. For example, Bootstrap helps in creating amazing CSS and UI designs, and React-router is used for navigation or React-motion which helps in creating wonderful animations. Microsoft has created the FluentUI component library that gives developers an easy way to create UIs that resemble Office. Jest from Facebook helps in automated testing and Express.js helps in the server-side rendering of React components.
All these libraries and tools make it extremely easy for developers to build efficient and fast web applications.

React works on a virtual Document Object Model (DOM). DOM is formed when the page is uploaded. Generally, any modifications in individual elements need the entire DOM to be changed; but in the case of React, this is not the case. React monitors the state of each component’s state with a virtual DOM. When any component’s state is changed, React compares the existing DOM with what the new DOM should look like, and finds the most efficient and least expensive way to update the DOM. React’s simple programming model allows it to change the component’s state automatically when data gets updated. This happens in the background memory and so it is speedy.

6) REACT IS EASY TO TEST

React has various other advantages, including component reuse, SEO-friendliness, one-way data flow, lightweight, and stability. That is why React can be named the “easy tool to create interactive and efficient web and mobile applications” and is bound to become more popular amongst the developer community with time.